Incentives or transparency – what will decrease hospital acquired infections the most? 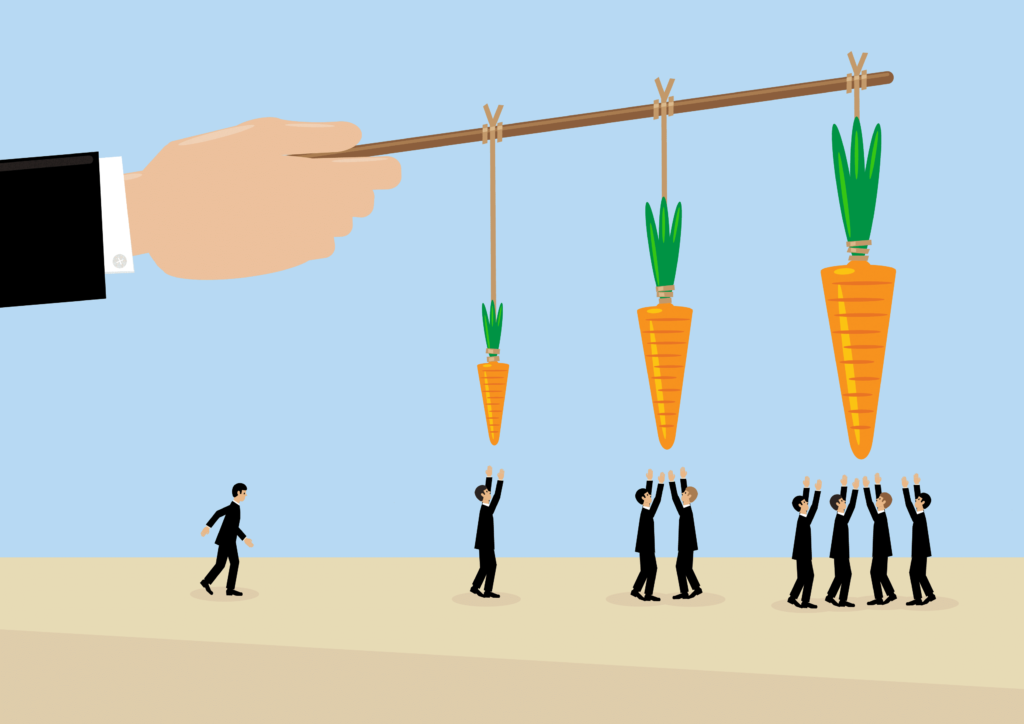 The Hospital-Acquired Conditions (HAC) Reduction program penalizes hospitals with too many infections, blood clots, cases of sepsis, bedsores, hip fractures and other complications making them compete for the lowest number of cases. The 25% of hospitals with the highest number of cases end up being punished despite improvements from previous years.

This year, 110 hospital will be penalized for the fifth straight time. But in total more than 800 hospitals is paid less be Medicare as they fall within the 25% of hospitals with the most preventive cases such as hospital acquired infections. Since 2014, a total of 1,756 hospitals have been penalized for having an unacceptable level of quality making 2018 the year with the most penalties.

But what does it actually mean to be penalized according to the HAC program? Each hospital will lose 1% of its Medicare payments for patients discharged between last October and this September, which is followed up payment reductions for hospitals with too many readmissions in accordance with the health care law.

Imagine, for example, that a typical mid-sized hospital has annual revenue of approximately $325,000,000.5 The HAC Reduction Program concerns revenue derived only from inpatient care, which comes to approximately $162,500,000 (roughly half of total hospital revenue). Of inpatient revenue, around $65,000,000 (40%) comes from Medicare reimbursement. If the hospital’s HAC score places it in the lowest-performing 25%, triggering a 1% reduction in Medicare reimbursement, then that’s a loss of $650,000 for the year. Practically speaking, that means the hospital has $650,000 less, at minimum,6 to spend on upgrading equipment, expanding services, and hiring and keeping the best-qualified staff.

What if instead of penalizing hospitals with hospital acquired infections, merely enforcing them to calculate how much they spend on them would make hospitals take stronger measures on prevention?  Today, hospitals do not know how much they spend on hospital acquired infections. The cost is tangled into the total expense of treatment as prolonged hospitalization, increased medication and additional surgeries.

Sani Nudge is a solution that can bring more transparency to what works or not. If you want to hear more about how you can test the solution in your hospital then book an online meeting with one of our sales reps here.

Help prevent infectious diseases. If this article was valuable for you, consider sharing. 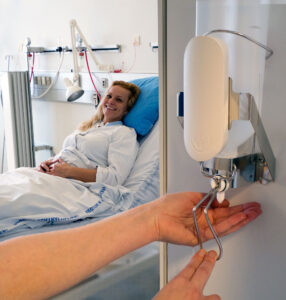 The pilot study – how a hospital improved hand hygiene by 134%

Hospitals that monitor their hand hygiene use direct observations. But as we stipulated in our post about the resemblance between “Fools gold” and the gold standard of hand 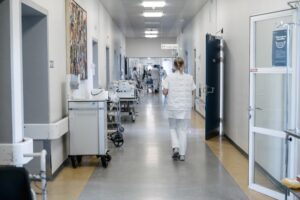 Enter your information to get access to reports, studies, brochures and more.